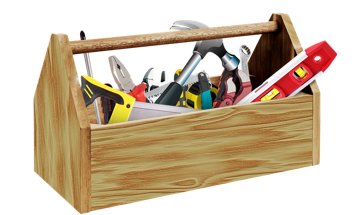 If you want to make a difference to Brexit, you can. But you will actually have to do something.

Most of the suggestions don't require you to leave your chair. You can make a difference from where you're sitting. But you will have to read our advice if you want your efforts to be worthwhile.

PLEASE NOTE: This action pack was written in 2018 but the same principles apply today. To see the latest factsheets which you may wish to incorporate, please click here.

Created and Funded By Pro-Brexit Facts4eu.org and endorsed by:-

Yes, we know the Brexit Battle Pack is a long read, but if it didn’t contain so much useful information it wouldn’t be so useful ! We can’t stress strongly enough our recommendation that you read all the advice before getting stuck into the toolbox. The last thing you want is to start firing off letters, emails, or calls only to find that they’re not working. Please trust us, whilst some of the advice might seem obvious to you, some won’t. And if you really want to make a difference and affect the outcome of the Brexit process, the best way is to read everything before you start taking action.

Taking action is what this Pack is all about. Ever since the Referendum, Remainers have had it mostly their own way. There have been High Court cases, constant appearances by Remainer politicians and commentators on the TV, and now we have the ‘Peoples’ Vote’ funded in part by a foreign billionaire. The democratic vote to leave the EU is not being respected. This is your chance to do something about it. It will take some of your time, but it will be more effective than posting tweets or Facebook comments. What we’re proposing will actually make a difference. And if tens of thousands of you take up this challenge, your collective power could be the deciding factor in whether we get a full, clean Brexit, or not. With the Brexit Battle Pack, it will be over to you.

Proud To Have The Endorsement Of Other Brexit Organisations

In recent weeks Brexit Facts4EU.Org has made renewed approaches to other pro-Brexit organisations. We are delighted to announce that twelve other pro-Brexit groups are now endorsing the Brexit Battle Pack & Toolbox and promoting it.

"The Brexit Battle Pack is indispensable and should be shared widely. It is vital we all raise our voices individually and this tool helps everyone get the key messages across." "Use it today, tomorrow and the day after."
Brian Monteith, Director, Global Britain, 19 October 2018

"Get Britain Out is fully behind the 'Brexit Battle Pack' created by PRO-BREXIT Facts4eu.Org. All the information and the downloadable tools available will help, influence and reassure thousands of disenfranchised voter s- both Leavers and previous Remainers - who want to see a clean and swift exit from the European Union for the United Kingdom. Jayne Adye, Director of cross-party grassroots campaign Get Britain Out

"FFL is proud to recommend the absolutely superb toolbox & guide to fight for Brexit by Facts4EU.Org. Everyone bludgeon your MP & local media to respect Brexit. Only one person can make your free and that is yourself. Fishing for Leave

"This 'Brexit Battle Pack' from @Facts4euOrg is excellent. We fully support this initiative. Take a look at it and take action!" Better Off Out campaign

"The Time Party fully endorses the tactics set out by @Facts4euOrg in its excellent Brexit Battle Pack, designed to inspire thousands of ordinary people – including democracy-respecting Remain voters – to make their voices heard." The Time Party

"We are delighted to endorse your scheme because it avoids technicalities and can be wholeheartedly supported by all who support our country's independence, regardless of whatever approach to Brexit they favour." The Campaign for an Independent Britain

"Congratulations to the team at Facts4EU. This is an invaluable resource for Brexiteers who want their voice to be heard but don’t know where to start." The Alliance of British Entrepreneurs

"Scots For Leave have pleasure in endorsing the Facts4EU Brexit Battle Pack. It is very well thought through."
"The voices of the people are being ignored, increasingly, and the Brexit Battle Pack is just what is needed to help us to get our voices heard where they need to be heard. For me personally, the most useful section is on contacting the media.
"Scots For Leave would also like to express our thanks to Facts4EU for all the information and insights it provides, day in, day out, meticulously researched, often revealing information hidden from the general public. This is particularly valuable up here in Scotland, where misconceptions about the EU are not uncommon."
Alison, spokesperson for Scots For Leave

And finally here's just one example of many, many endorsements from a new user of the Pack, who matter most of all: "I consider it nothing short of a masterpiece of logic, vital, truthful information and strategy."

- A Branch Membership Secretary of a political party

Now the Brexit Battle Pack & Toolbox is available to the public, and you can read it by going to the links at the top right of this page. It was a big hit with our individual members and we hope you will enjoy it just as much!

We're presenting a simple, positive, and factual case for a true Brexit NOW.

Please contribute today. Everything we do costs money and we really need your help right now.

Congratulations on the success of the Brexit Battle Pack! At last we're seeing Brexit groups coming together to defend the result of the Referendum (i.e. "People's Vote" Mar

The advice in this battle pack is spot on!
Imagine if MPs received 12million letters & emails this week. Then imagine if they kept receiving them.
Follow the advice.
JUST DO IT

Well done, the Battle Pack is a brilliant sign that Brexiteers are determined to see justice
Applied to the Brexit vote and prove democracy isrespected.

Light on facts, heavy on rhetoric.
I was expecting something that could win an argument but there is nothing but unproven statements.
REPLY FROM BREXIT FACTS4EU.ORG TEAM : Hi Will, the Battle Pack isn't about facts - those are elsewhere on our site. The Pack is about tools for contacting MPs and the media.
If you want facts, these are on our news pages and more significantly in our Brexit Index, which contains over 1,000 articles - the largest repository of Brexit facts anywhere.

Have Green Leaves joined your group?
REPLY FROM BREXIT FACTS4EU.ORG TEAM : Hi Stuart, Green Leaves have very independent views. We don't know which group you're referring to but they co-operate with other Brexit organisations like ours on some matters, not on others. We have a good relationship with them.

The Brexit Battle Pack consists of:

Plus, we have two standard letter